A brief history of business intelligence Business intelligence (BI), as we know it today, has a longer history than you might think, predating computers and other technological advances. This article gives a general overview of how BI came to be, and how it’s evolved over the years to become the indispensable practice it is today.

A complete and perfect train of business intelligence

Let’s rewind to a time before computers. Let’s go back as far as 1865. According to the article History of Business Intelligence, the term “business intelligence” first appeared in Richard Millar Devens’ Cyclopaedia of Commercial and Business Anecdotes in that year.1

This cyclopedia collected “nearly three thousand illustrative anecdotes and incidents” of what was described as the “piquancies and pleasantries of trade, commerce, and general business pursuits.” 2

Devens used the term to talk about how a banker named Sir Henry Fumese (or in some manuscripts, Furnese) used “business intelligence” to gain a leg up on his competitors. Through careful study, Fumese gained knowledge of the political issues, risks, and general market conditions of the time.

“Throughout Holland, Flanders, France, and Germany, he maintained a complete and perfect train of business intelligence. The news of the many battles fought was thus received first by him, and the fall of Namur added to his profits, owing to his early receipt of the news.”2

From hard disk to database to data warehouse

Fast-forward to the twentieth century when BI really started to gain recognition and momentum.

Before computers, information of yesteryear was stored in physical form inside filing cabinets. With the passing of time came sophistication and advancement in storage abilities. What really started to catapult BI was the emergence of computers as new places to store the data.

In 1956, IBM invented the hard disk drive. In the early days of hard disks, they were only used in the protected confines of data centers, until they become readily available to businesses and homes via PCs.

In 1958, Peter Luhn, a researcher from IBM, used the term, and came to be known as the Father of Business Intelligence. Luhn was instrumental in seeing the connections that BI made possible, and the opportunities to adjust course and fine-tune decisions to reach strategic goals. This was — and is — the basic modus operandi of BI.

In the 1970s, various business applications came about from names like SAP and JD Edwards. These enterprise applications helped with getting data into databases. When it came to accessing data from multiple sources, there were one-dimensional reports in the early days. The problem was that the underlying data in these reports was very siloed; there wasn’t any single, consistent view of the data.

With data warehouses being used to access and manage data, BI had certainly traveled a long way from its days when information was stuffed away in a filing cabinet.

In the 1990s numerous BI vendors were appearing on the scene, and BI became more commonplace. And with all the new BI vendors came a proliferation of new BI tools.

The challenge was that these tools tended to be hard to use and very unintuitive. The ordinary user couldn’t access the data, and had to rely exclusively on the IT department to get reports and other types of information. And since the underlying information and data could change rapidly, the IT department then needed to create new sets of reports in a cycle that could become time-consuming and complex.

In the late 1990s and early 2000s, the number of BI vendors mushroomed further. More and more companies were starting to understand the true value of the BI currency, and how it could help them.

And with that understanding and prioritization of BI in the workplace, the push came for users of all technical abilities to be able to self-serve — to access, gather, and analyze the data they needed to do their jobs. Vendors delivered — in spades. Users could now be more self-sufficient with tools that were easier to use, and that provided the functionality they required to nimbly gather data and form insights. The challenge then became balancing self-service and agility with data that was governed, secure, and trustworthy. Luckily, today platforms exist that address all these aspects.

There was also a whole new variety and volume of data out there, thanks to widespread usage of the Internet, email, Facebook, Twitter, and innumerable applications in the era of big data. Real-time data streaming emerged and become increasingly common. The most recent data from human activities, machine data, or sensors could go into data warehouses. The potential for data-driven insights and value-add was huge. Among countless other purposes, these capabilities could increase profits, detect fraud, monitor and report safety defects in cars, and even potentially save lives.

What a journey. Whether it’s data storage on hard disks or the ability for users to self-serve, what started as something that was limited to the few became a widely available commodity. BI has come a long way, and is not only more available, but more indispensable than ever. According to Gartner, Inc., BI and analytics is expected to be the top priority for chief information officers (CIOs) through 2017.3

BI might be highly democratized today, but it’s also king. 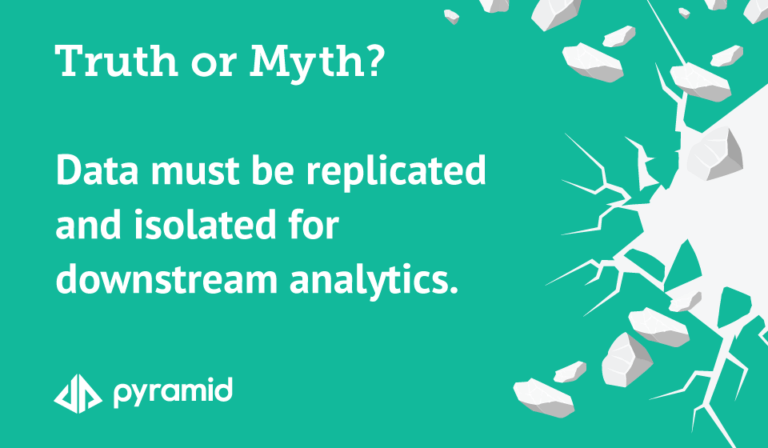